The AIM-120 AMRAAM, manufactured by Hughes/Raytheon, is commonly known as the Slammer in the United States Air Force. It is an all-weather day-and-night capable Beyond Visual Range (BVR) air-to-air missile. When an AMRAAM is launched, NATO pilots use the brevity code "FOXTHREE". Introduced operationally in 1991, the AMRAAM was the replacement for the AIM-7 Sparrow and made its first appearance on September as an operational missile on board United States Air Force F-15 Eagle Squadrons. It was designed so that a fighter can take on multiple targets at once, no matter the manoeuverability or speed of the target. is commonly mistaken as a pure fire-and-forget missile, like the AIM-9 Sidewinder, but that depends on the range of the target. Only when the missile reaches a range where its small active homing radar is able to find the target, then it can be "forgotten".

First of all, the AMRAAM has a built-in Inertial Navigation System (INS). It uses this to fly an interception course to the target with information usually from the launching aircraft. It can also be obtained from a data link from another fighter aircraft, or a Airborne Warning and Control System (AWACS) aircraft.

When the firing aircraft, AWACS, or another fighter aircraft continues to track the target, periodic updates are sent to the missile that consists of any changes in the target's heading and speed. This way, the AMRAAM would be able to keep the target in its radar seeker's field of view, or basket. However, not all operators have purchased this mid-course update option which might have negative effects on the AMRAAM's effectiveness in some scenarios. In fact, the RAF, which was testing the AMRAAM without the mid-course update for its Tornado F3 force, discovered that its is even less effective than the older semi-active radar homing BAE Skyflash missile.

The only time when the AMRAAM is truly a fire-and-forget weapon is when its fired at close range, which is assumed to be visual range, to the target. At that distance, the AMRAAM's own active radar seeker is automatically turned on and it will start guiding itself to the target. When the active radar seeker is turned on, the North Atlantic Treaty Organization (NATO) brevity code "PITBULL" would be called on the radio, just like when "FOXTHREE" is used to announce the launch of an AIM-120. 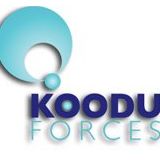 The Top Ace. Till Now

Where will you be safest if the end of the world predictions were true?